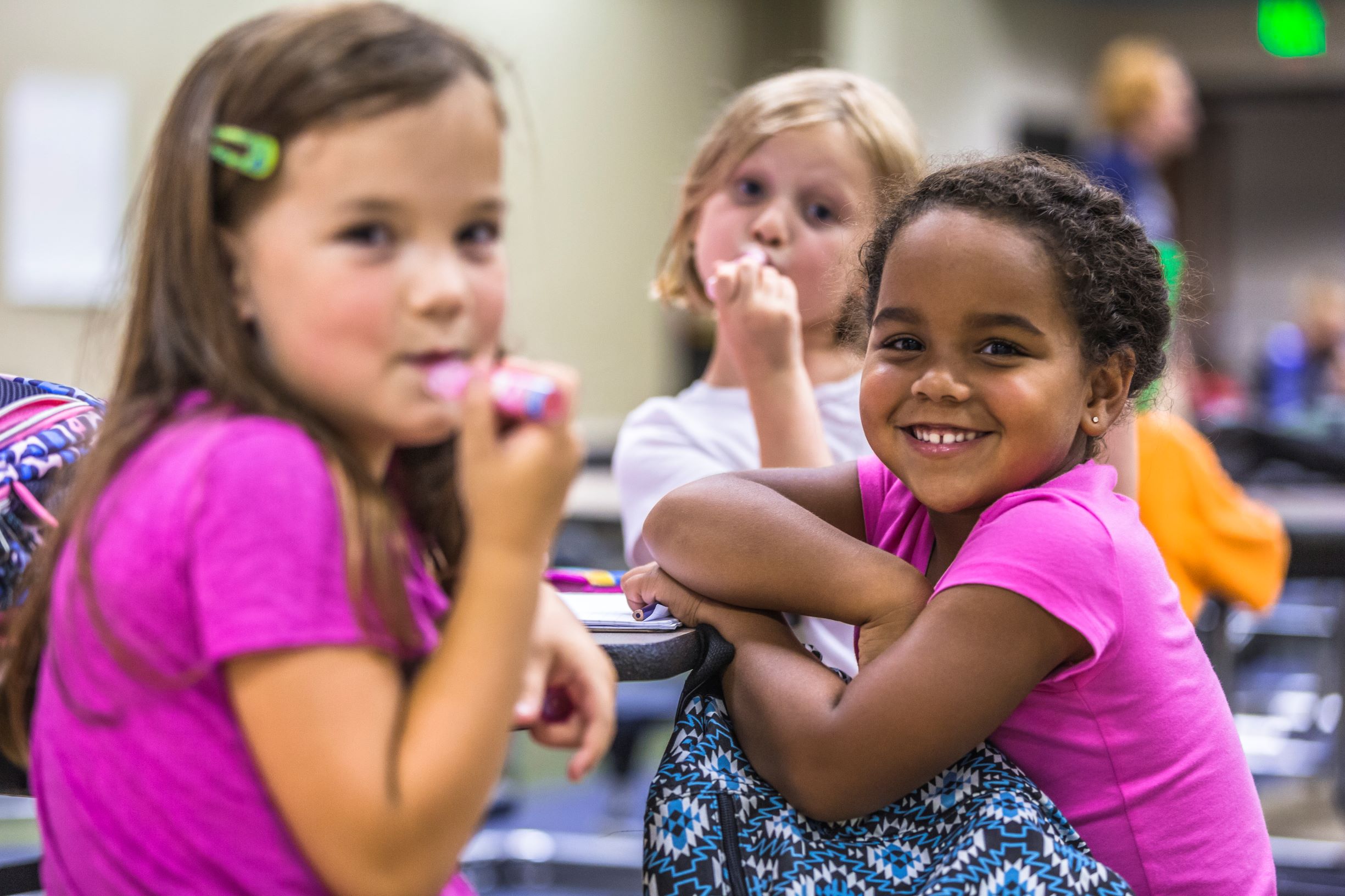 When I started working for Carmel Clay Parks & Recreation in March 2014, I was not planning to work here in January 2019. Nearly 5 years later, I can say that was crazy talk and that I plan to stick around for a while. And, let me tell you why…

I was hired in 2014, as an Inclusion Facilitator for Extended School Enrichment (ESE), our before and after-school program. At the time, I just needed a part-time job that paid the bills. I wasn’t planning on working here for an extended period of time, as my husband and I were in the process of moving overseas to Germany. About 4 months after I started, we found out we were not moving overseas. I was disappointed we were not moving, but had discovered something about myself; I loved working with kids.

As an Inclusion Facilitator, I worked one-on-one with a student with disabilities. I helped the student get involved in ESE, interact with peers, and work on homework. He progressed so well and I was overjoyed with emotion – happiness for him and his advancements and a sense of pride in myself for the change I was able to make in him through this job.

A few months after I started, a Head Counselor position opened up at my school, Orchard Park. My supervisor encouraged me to apply. In my time as an Inclusion Facilitator, I made sure to work with other Kid Counselors as cooperatively as I could. I knew that we as a team were only successful if we worked together and had each other’s back. When the student would get picked up for the day, I assisted the rest of the staff with their daily tasks. I was hired as a Head Counselor in August 2014, and thus began the career I love.

As a Head Counselor, I assisted the Site Supervisor and Assistant Site Supervisor with tasks at the parent table during program hours. I also helped develop a “Jr. Counselor” program for 5th and 6th grade students in the program. During my time as a Head Counselor, I realized that this field of work was something I wanted to spend more time in as a career. I began applying for full-time positions as they opened up. When looking to move up as a staff member, I believe this department looks for people who are motivated, take initiative, and are willing to work with many different people. It took me a few tries and interviews, but I was finally hired full-time as an Assistant Site Supervisor at College Wood in August 2015.

Over the past year and a half, I have learned how to lead a team of diverse staff, how to multi-task in high-pressure situations, and how to organize myself and my time to be successful in my endeavors. Above all, I have learned that no matter what position I have, the kids make my job the best in the world.

If you enjoy working with kids, I encourage you to apply at Carmel Clay Parks & Recreation and get your foot in the door. They are an organization that truly cares about their team members and advocates for professional and personal growth. This place allowed me to go from just having a job to caring so much in the people I work with and for to a career, I wouldn’t change for the world.

*Update:  Audrey is now the Site Supervisor at College Wood.

The Monon Community Center is closed, and all programs have been canceled through May 1 due to an abundance of caution and guidance from public health officials in order to protect the health and safety of our visitors and employees.
Playgrounds and restrooms are closed until further notice. Based on CDC recommendations, we discourage people from congregating in groups of 10 or more people. Please practice social distancing, maintaining distances of at least six feet when feasible. Please also be aware of travel restrictions in your area.
Visit https://www.carmelclayparks.com/coronavirus-information/ for up to date information.